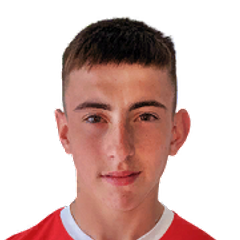 Darragh Burns is an Irish professional football player who mainly plays at Right Midfielder position for St. Patrick’s Athletic at the SSE Airtricity League in Republic of Ireland.

As shown above, Darragh Burns has the following key attributes on FIFA 20: