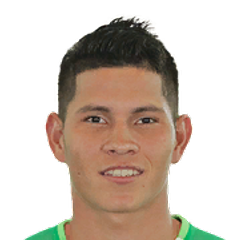 Jorman Campuzano is a Colombian professional football player who mainly plays at Center Defensive Midfielder position for Boca Juniors at the Superliga Argentina in Argentina.

As shown above, Jorman Campuzano has the following key attributes on FIFA 20: