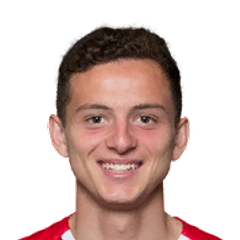 Louis D’Arrigo is an Australian professional football player who mainly plays at Center Attacking Midfielder position for Adelaide United at the Hyundai A-League in Australia.

As shown above, Louis D’Arrigo has the following key attributes on FIFA 20: