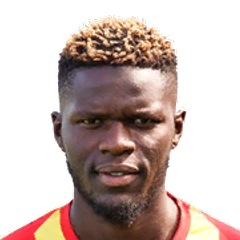 Pape Djibril Diaw is a Senegalese professional football player who mainly plays at Center Back position for Stade Malherbe Caen at the French Domino’s Ligue 2 in France.

As shown above, Pape Djibril Diaw has the following key attributes on FIFA 20: