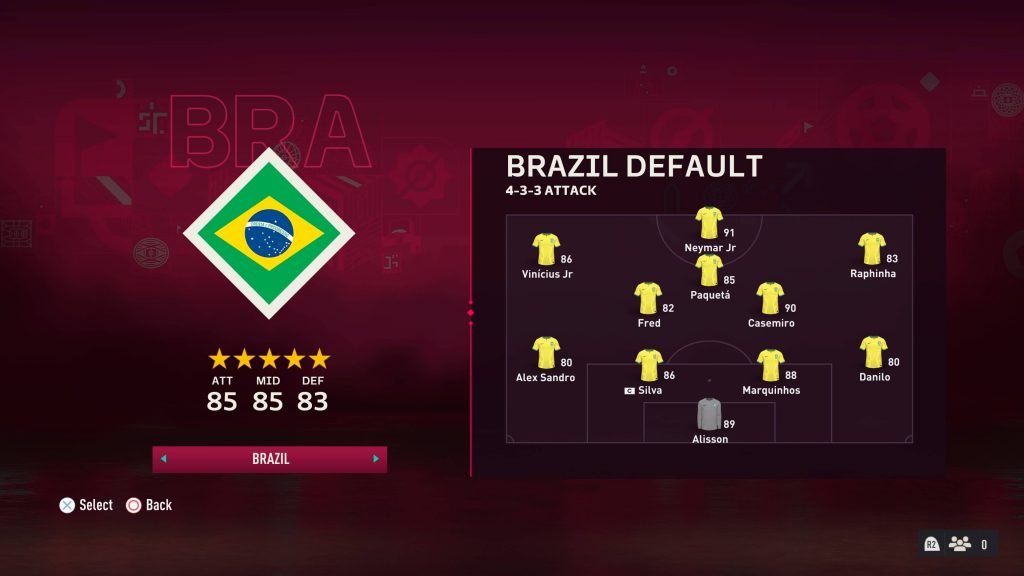 The Brazil National Football Team is an International Team playable in FIFA 23 with Ederson Santana de Moraes having the highest Overall followed by Alisson Ramses Becker in second and Neymar da Silva Santos Jr. in third.

The 2022 FIFA World Cup will be Brazil's 22nd consecutive appearance. With five FIFA World Cup wins in 1958, 1962, 1970, 1994, and 2002 respectively, the record titleholders will hope for further success in Qatar. As well as the record, they are also the only team to have lifted football's most coveted trophy on four different continents.

Below is the full roster of the Brazil National Football Team with their corresponding Overall, Potential and Total Stats on FIFA 23.